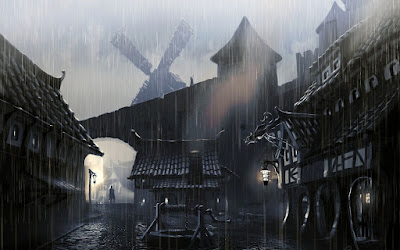 It is Tarsahk 2. Given the new membership, the party decides to rename themselves the Cranes, and the tavern the Night Crane. Sailors have been carousing in the Night Crane all week, and that plus the excitement of a robot has led to a small but respectable profit. The Cranes recognize that someone is going to be coming after the eye, so have a lengthy discussion about how best to hide it. Some suggestions include baking into a loaf of bread, hiding it in the basement, or parachuting it. They decide to buy a lead statue, and hide it inside. Marty is able to find one at a nearby antique shop. While Marty is shopping, Azazel uses his knowledge of the mystic arts to investigate the eye. It appears to have no special properties while it is apart from the Stone of Golorr, but it definitely has an abolethic feel to it.

Having hidden the eye in the statue, the party decides to fully investigate the tower of Yellowspire. Mr. Me turns into a cat to scout it out, and it appears to have been abandoned, though whoever abandoned it left the body of a middle-aged Shou behind. Azazel looks into the cellar, and finds a locked door which Parsain unlocks. Behind it is a teleportation circle. Shan notes that the circle needs a 'key' to be useful. Marty examines the body, and finds out it's been dead most of a tenday. There is ink on his fingers, from which he deduces that he must have been a newspaper man. The body is covered in stab wounds, the probable cause of death. In the fireplace, Shan finds a charred wand of magic missiles and singed note that reads:


Seccent—I have nothing but contempt for what you have done. I don’t know what foul rites you hope to perform, but the more traditional rites of Brindul Alley would have surely wrung any information this broadsheet publisher might have had. Nonetheless, Manshoon’s word is my command, and so I present to you Shan Chien. May you choke on him. – Avareen

From this, the Cranes conclude they might be able to use Avareen's antagonism to their advantage -- at the very least, they should check out the house in Brindul Alley. 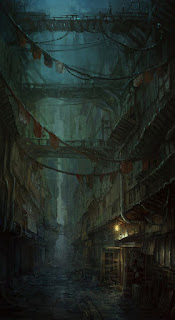 The Cranes venture back out into the rain and head to the Tradesward. There, in an unmarked building down a dark alley, they find the Zhentarim safehouse, and break in. They con their way in by asking for help finding their friend "Shan". As the discussion proceeds, they claim that Seccent is trying to frame Avareen for Shan's death. This doesn't get them anywhere, so Mr. Me leaves against the advice of the rest of the party, who want to murder. They then try to decide how to get back inside. Azazel tries to ask to use the bathroom, but Avareen tells him to go in the alley, so he does. Eventually, the Cranes figure out the the door is still unlocked, so they walk in and attack. Avareen suddenly finds everything very funny, and her bodyguard Zorbog is Held. The party demands to know how to get to Manshoon, and Avareen hands them a small crystal she had carried around her neck that would allow them to use the teleportation circles. Parsain then cuts her throat.

Exploring the two-room house, the party finds a torture chamber in the back, undoubtedly home to the "traditional rites" the earlier note referenced. There is also an arcane circle and a note. The note is signed by Manshoon, and exhorts Zorbog to "gather the usual gang" and kidnap a man named "Fenerus Stormcastle" who lives in Quill Alley, and is "a known associate of these new meddlers in the Grand Game." Zorbog is to squeeze Fenerus until he reveals everything he knows. The Cranes set up a fake torture scene, remove the lower jaws of Avareen and Zorbog, and leave a note implicating Zardoz Zord. Then they teleport to the Kolat towers.

Upon arriving at the towers, a magic mouth intones a warning. Mr. Me turns into a cat again to explore the tower. It is largely empty, with the exception of a Spectator beholder kin guarding a teleportation circle and several treasure chests on the top floor. The Cranes decide to leave them alone, and instead cross the bridge on the floor they arrived to the second tower.
Posted by Asaris at 11:15 AM