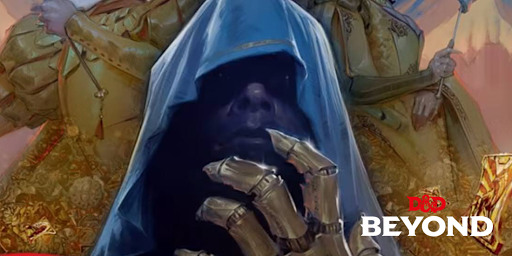 The Cranes start this weeks session by handing the bound Kaevia to Rasool, who picks her up and follows the party as they head south. After they cross a corridor, they find the pantry. At the east end of the corridor, they dimly view a larger chamber, in which two halflings seem to be boxing. The pantry contains nothing of interest, so the party starts heading back to the entryway to continue their exploration of the Sanctum. To their surprise, Manshoon awaits them in the corridor. He appears gracious, and invites them to follow him on a tour of the sanctum. In the foyer, he walks across the mosaic depicting a flying snake biting a coin. Once he stands on the coin, an alarm sounds, and battle is joined.

The fight initially doesn't go too badly for the Night Cranes. Parsain is able to grapple Manshoon, while Me turns into a giant toad and grabs the wizard with their tongue, preparing to swallow him. Xarca uses magic to turn Manshoon's weird iron hand red hot. However, after hearing the alarm, reinforcements arrive for the head of the Zhentarim. Two martial artists from the east, and a fencer and a songster from the west. The Cranes flee to the teleportation circle on the outer landing, some of them barely hanging on to life. Parsain attempts to bar the door, but the bard's shatter spell leaves it in ruins. Marty managed to teleport them out as Manshoon readied a lightning bolt. Thinking about how the search for the Stone has gone so far, the Cranes decide to sell Trollskull tavern and seek their fortune elsewhere.